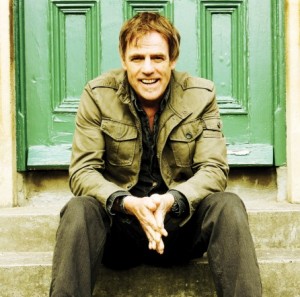 Passionate, loud and strong Martyn always delivers a stirring and thought provoking show. With new albums of his own songs and of exclusively Springsteen covers to present this will be no exception.

Martyn Joseph is a powerful singer and songwriter gifted with the rare ability to speak to the soul with his expressive and poignant lyrics. With a career spanning 30 years, 31 albums, over a half a million record sales and thousands of live performances, the versatility of his music touches genres of folk, rock, soul, folk funk and Americana, yet somehow all these labels cannot define the spirit of his music. Compared to Bruce Springsteen, John Mayer, Bruce Cockburn and Dave Matthews, he has created his own style and reputation as a mesmerising live performer. A unique talent driven by passion, social awareness and love for his trade, his music manages to empower and speak for the many.

Martyn was awarded Best Male Artist at the 2004 BBC Welsh Music Awards and in 2012 his song “There’s Always Maybe” won the best folk song category in the World Independent Music Awards. In addition to his 5 top 50 UK hits, the importance of his work has been recognised by programmes such as BBC 2’s prime time series on Singer/Songwriters. Social justice has an essential presence throughout his music, which has been recognised with various humanitarian awards and plaudits.

Concerned with making music that is relevant and vital to his audience, he engages with challenging narratives tackling the complexity of the human condition underpinned with a promise of hope. In his own words “Really what I do is to try and write songs that might step up and make some sense of a moment in time. A good song makes you feel like you’re not alone in the world.”

“Songs For The Coming Home”, his most recent studio album, is filled with snap shots and images from his personal journey. “At the heart of this record is the notion that we are always striving to return. Returning to a place of solace, understanding, compassion, a place of justice, mercy and peace. That despite the carnage around us we can still save the day.”

Upon the release of his last studio album BBC Radio 2’s Bob Harris said “Martyn is one of our most intelligent writers. He gets better and better.” Described as a cinematic journey through continents via his trademark ‘one take’, up close sound with stunning instrumentation, “Songs For The Coming Home” resonates with raw performance. Incorporating this element of live presentation into the recording process, preserves the spirit of this charismatic live solo performer.

He has won the love of audiences from USA to Europe through an impressive number of live dates, and has previously toured with the likes of Art Garfunkel, Jools Holland, Ani DiFranco, Suzanne Vega, Mike and The Mechanics, Joan Armatrading, Celine Dion and Shirley Bassey. He is hailed as a raconteur weaving tales on topical concerns, as well as stories on the fragility of love, with a magical ability to reach out to his listeners through his passion and humour. Stunning reviews single him out as an unmissable solo performer whose music stays with you long after the show has ended.

Martyn Joseph. A unique talent driven by passion and love for his trade, continues to write, sing and play from the heart. It’s a road he’s been travelling for most of his life and, as he often tells his audience, ‘you keep turning up and so will I.’

“One of acoustic music’s most original voices, and most forward looking of his generation of singer/songwriters”
Q Magazine